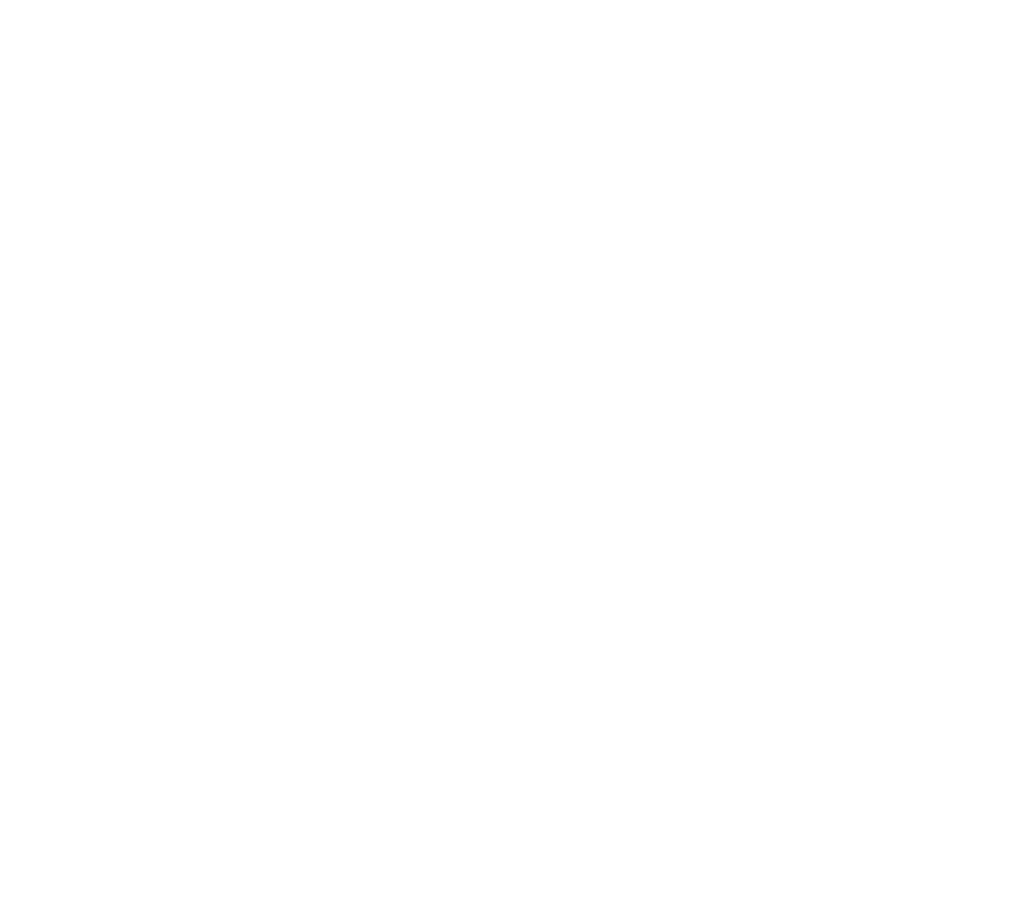 How the 2021 Santa Cruz Masters Cup was won

June 1, 2021 by Jack Trageser in Opinion, Recap with comments

The 2021 Masters Cup is over. The stuff I wrote the last three days about spectators and volunteers and the course and the weather… Sunday was more of the same. 72 degrees with puffs of wind bringing faint whiffs of the Pacific ocean. The spectators were, like, totally chill. So chill, in fact, that they were almost rowdy.

Since Sunday was the final round, and final rounds are about results, so that’s what I’m a-gonna write about.I got some good pictures and videos, too, so stick with me. I watched most of the lead card’s final round, and will explain why I think Adam Hammes won the Masters Cup by demonstrating some quick thinking, quicker feet, and a skill necessary for a good score at DeLa.

First up, though, is a look at two good friends of mine who competed in MP50, because this series is all about what I saw!

Flynn Carrol is a regular playing partner at DeLa and much better than his record in past professional Masters Cups (he won the event as an Advanced player) would indicate. I saw a good amount of his Friday and Saturday holes, and he battled! Didn’t let the inevitable bad breaks get him unraveled.1

This year, Flynn had the modest goal of throwing three rounds above his current 939 rating. His rounds went 951, 989, 945. Good job, Flynn! And no more strokes for you! Seriously, no more.

Jon Baldwin is another local friend who did well. Jon is no stranger to winning here and on the Worlds stage,2 but as easy to root for as ever. He ended up tied for first with Robert Bainbridge, and they were told to play holes 1-4 (the hill) in rotation, sudden death format, until someone won a hole. They both had outside circle putts, and Bainbridge insisted Jon was out. I couldn’t tell.

Someone nearby whispered “Gamesmanship,” assuming Bainbridge wanted to see if Baldwin’s attempt might possibly miss and roll back down the hill.

Jon stepped up first, nailed his putt, and the modest crowd whelped with glee. Bainbridge’s putt to match Jon’s birdie came up short, no metal, and it was over except Baldwin thanking Innova.

Hammes Shows How to Win at DeLa; Pierce’s Game Continues to Evolve

I am admittedly something between a die hard and casual pro disc golf consumer. I know most of the names and watch a good deal of coverage. My take on Paige Pierce — aside from the Captain Obvious observation that she is singularly talented in all aspects of disc golf — is that she combines those superior skills with a 100% aggressive, 100%-of-the-time game plan. The result is a mess of runaway victories, and a few that probably got away only due to her pedal-to-the-metal approach. On Sunday with a three-stroke lead to begin the final round, I saw an approach that was more Bobby Fischer than Mike Tyson. She seemed content to play some defense and see what the rest of the field might do. Sure enough, her lead grew simply through the faltering of others, and Paige Pierce cruised to victory.

Adam Hammes went wire to wire, shooting a 14-under par 61 in the first round, then 11-down in the second round, and 8-down Sunday. With the 24-hole Masters Cup layout and three rounds, that is 33-under par for 72 holes. That rate seems right about where the PDGA wants it.

Hammes had his ups and downs over the final round, but successfully avoided the big mistakes that enable one to cough up a lead quickly. As we walked down the short fairway on hole 20 — AKA the Gravity Hole, AKA The Lady — I checked scores on my phone while trying not to trip over a gnarled root and tumble into the ravine that makes this hole so potentially treacherous.

UDisc Live showed James Proctor on the last two holes, trailing Hammes by one stroke. Proctor had saved his best round for last, posting a -13 par 62. He had trailed Hammes by six strokes at the start of the round. I wondered how up-to-date UDisc was at that moment. Maybe Proctor was already in at -33, or even -34.

I looked up to see Adam Hammes gauging an uphill putt, the basket 35 feet in front of and above him and a deep, vegetation-clogged ravine below. His putt was just short of money. It hit the front rim and the hard dirt in front of it in quick succession, then did that thing so many would-be roll-aways do, pausing on its edge as if contemplating whether to flop to the side or go for a ride.

This one opted to roll, and it headed for the ravine, picking up speed as gravity pulled from the depths below. Then Hammes’ disc hit some tree debris and things took another turn, literally and figuratively. The still-rolling disc turned right and began rolling back toward Hammes rather than plunging deeper into the ravine.

Hammes, as he watched all this unfold, might have had about a half second to appreciate the good break turn at the end of that bad-break roller before realizing the disc was now heading straight toward him (and he’s not standing in the safest place to hit the deck). As you can see in the video I captured, he showed quick thinking and nimble movement to dodge the disc and the one-stroke penalty that would have come with any contact between him and it.

Hammes watched the disc roll another 10 feet or so down the hill before coming to rest in a rare flat spot on that hole. He picked up his bag and walked down to his disc with zero body language. Nothing to indicate that he was inwardly screaming about having just been “DeLa’d.” He set up again, fired with full commitment, and nailed the putt in dead center chains.

Hammes ended up winning, four holes later, by one stroke. But if the rolling disc hits him or he misses the comeback putt, he ties or loses. It was all in the balance there on the Gravity Hole, and Adam Hammes made three championship caliber moves for the win.

I believe all three were needed for Adam Hammes to become the 2021 Masters champion. 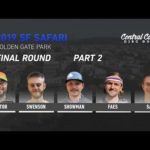 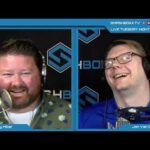 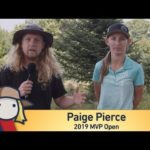 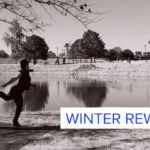 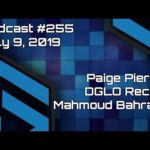