August 22, 2019 by Christopher Wiklund in Coverage, Preview with comments

The PDGA National Tour returns to the Delaware Disc Golf Challenge at Iron Hill Park in Newark this weekend. Iron Hill is known as one of the most challenging wooded courses in the country, and if watching players take on Northwood at Pro Worlds got you craving some more golf in the trees, you are in for a treat.

If you’re having trouble getting over your Worlds hangover, think about this: how much will players like Ricky Wysocki, Eagle McMahon, Catrina Allen, and Kristin Tattar feel like they have to prove? All four of those players, perhaps excluding McMahon, had a shot at the win going into the final days in Illinois and came up just short.

For McMahon, his overall performance at Worlds is one that he will likely want to forget. He was able to salvage a top 10 finish thanks to a record-setting round at Lake Eureka, but he got eaten up at Northwood, shooting a 997-rated second round. His fourth round showing in the woods recovered to 1034-rated, but he was still +1 on the back nine. McMahon is very good no matter where he plays, but he has more consistently struggled on wooded courses. McMahon is the type of player and person who loves to challenge and change narratives around his play, maybe this is the weekend he finds his way through the trees.

Wysocki made it known that he was playing through pain at Worlds due to an infected finger on his throwing hand, and he still nearly did enough to take the win. Wysocki certainly looked either healed up or very tough in the final round at Lake Eureka, and he played very well at Northwood in the final round there tying another course record in the process. He is due for a big win and is probably coming into the Mid Atlantic with a world title-sized chip on his shoulder.

Hometown hero, Andrew Fish, should certainly be considered a threat to take the W this weekend. For the unaware, Fish is 1032-rated and is a shark in the woods. He is a skilled Ultimate player, and that proficiency with a disc translates excellently to his throwing style. Fish calls himself a regional pro, and he has certainly been dominant this season. The Maryland native has nine wins on the season out of 15 events played, and has won the DDGC in the past.

It has been since the Memorial since someone not named Pierce or Allen has won a major event in FPO. Henna Blomroos and Evelina Salonen have been the only players to consistently challenge the two, and Salonen is the only one who has beaten them in standard play. Neither Blomroos nor Salonen will be in attendance this weekend, but their European comrade, Kristin Tattar will be on hand. Tattar finished sixth at Worlds, one stroke behind 2018 DDGC champ Sarah Hokom. Both Hokom and Tattar are looking for their first National Tour win of the season. Should Tattar pull it off, it would be her first.

With Pierce not playing in Delaware, the focus will be on Allen’s putting, which over the weekend was frankly, not good. She has the skills to get to the green well ahead of her opponents and saves strokes that way, but if someone is able to catch fire off the tee and is able to putt above the 62% mark, Allen’s season average, we might just get a new name on the top of the leaderboard.

This course is long and technical and doesn’t really afford the big throwing types to air it out. Each tee shot demands technical skill and accuracy to land safely in the fairway. There are only four par threes on the course which means that for the players who are able to navigate the tee shot, there will be ample opportunities to score. This also means that scrambling and upshots will be key for players who will need to be saving or playing for par.

The Open Women’s division will be playing a mixture of the Gold and Blue layouts, and in some cases playing a mixed hole by teeing from the Gold box to the Blue pin or vice versa. Par is the same but the layout is shorter, which implies that we may see some very low scores from the Open.

UDisc Live is on tap providing live scoring. Post-production, next-day video from the event is set to be released by JomezPro for MPO lead and Disc Golf Guy for FPO lead. Gatekeeper Media will also be on site shooting MPO round coverage.

Check in here at Ultiworld Disc Golf for recaps of each round from the Open and Open Women field. 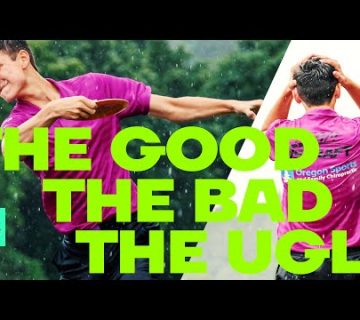 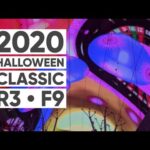 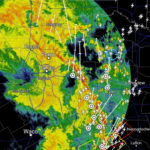 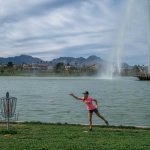 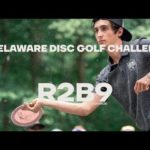 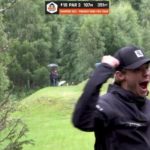